Nigeria’s Vice President, Prof. Yemi Osinbajo, said Africa’s share of the global carbon market can be scaled up massively to reach foreign direct investment (FDI) of between $120 to $200 billion annually.

The Vice President stated this during his keynote speech at the Rockefeller Foundation meeting in New York.

He identified a combination of capital flows, job creation, and the avoidance of long-term climate destruction as critical drivers of African leaders’ interest in supporting this effort.

According to him, Africa currently has only a small share of the carbon market. He explained the importance of this projected carbon finance stream, saying:

“For a continent that needs $240 billion annually in mitigation investment alone, this carbon finance stream could be the difference between transitioning and not (transitioning). As all of us in this room understand well, the priorities of the African continent are not just to act decisively on the climate crisis, but to also create significant growth opportunities for our young and growing population.”

“The investment required to advance the energy transition in Africa is huge. World Bank estimates suggest that Africa needs $6.5 trillion US dollars between now and 2050 for mitigation action alone to keep temperatures below 2 degrees of warming.”

VP Osinbajo also highlighted that the carbon market pipeline could create 30 million jobs in the next decade, with the potential to create more than 100 million jobs through climate-aligned projects by 2050.

Africa’s carbon markets: During his speech, VP Osinbajo noted that the rapid progress recorded in Africa benefitted from the support of a very engaged Steering Committee with the United Nations, Global Energy Alliance for People and Planet (GEAPP), USAID, and a range of other public and private actors, which resulted in the successful launch of the African Carbon Markets initiative (ACMI) in Sharm-el-Sheikh, Egypt during the COP-27 event.

“The strong commitment and presence from fellow African leaders demonstrate the willingness and leadership of Africa. We already have 7 African countries (Burundi, Gabon, Kenya, Malawi, Mozambique, Nigeria, and Togo) signed up to develop country carbon activation plans and over $200 million in advanced market commitments, which we must continue to further advance as this is going to be the critical driver of action on the continent.”

“I think it’s an auspicious moment for Africa to be participating more fully in the global carbon market conversation, especially in the light of the slowing pace of green investment flows into the continent. The work several of us have done together in the past few months makes it clear that while other sources of flows are slowing down globally, carbon markets are growing rapidly,” Osinbajo said.

“One of the strong points of ACMI and the way we must structure it going forward, in terms of governance, is the flexibility to smoothly work with other initiatives, and there will be many others. Two days before the opening of Cop 27, Senator John Kerry and I had a conversation about the proposed Energy Transition Accelerator and we both agreed that once the details were worked out, we would work out a collaborative framework with ACMI.

“Carbon markets will play a critical role in the implementation of this (Energy Transition) Plan – in mobilizing the capital required to move to our net-zero economy-wide trajectory. I want Nigeria to have the first Carbon Markets Activation Plan.”

In his contribution, the US Presidential Envoy on Climate Change, Senator John Kerry, commended VP Osinbajo for his leadership on the issue of energy transition. Kerry said:

“We are grateful for the leadership of the VP, grateful for the reception you gave me on my visit to Nigeria. I am honoured to share the platform with you on how to move the African Carbon Market Initiative (ACMI) forward.

“It is possible to create a high-integrity carbon market in a way to address Climate Change and African Development aspirations. We are all joined together looking forward to developing the financing.”

In case you missed it: The ACMI is a new initiative that was launched during the conference of parties (COP 27) event held in Egypt. The ACMI will be led by a fourteen-member steering committee of African leaders, CEOs, and carbon credit experts. The ACMI aims to dramatically expand Africa’s participation in voluntary carbon markets. 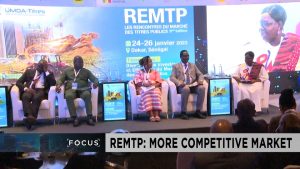 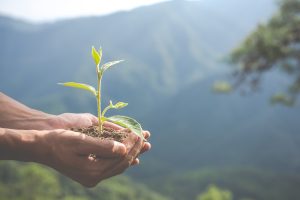